My name is Natascha and I’m 25 years old. I’ve got diagnosed with primary lymphedema in both legs about nine years ago. A couple of years before I fell during PE in high school, my foot and lower leg got swollen and it didn’t go away. It became even worse – each time I performed sports, it got more swollen again and it was quite painful. Doctors couldn’t explain it. X-Rays were made, even as an MRI and blood tests were taken – they had no clue what the problem was. Complaints got worse and at a certain point I went to see a physical therapist. As luck would have it, one of his colleagues was taking a course at that moment to become an edema physical therapist. He referred me to her and to a vascular surgeon. After a couple of months the diagnose was finally there: I had primary lymphedema in both legs, lacking (working) lymphatic vessels and having too few lymph nodes. A long period of bandaging followed before I got my stockings. It has got worse through the years – I started with a stocking up to my knee on one leg, now I wear stocking till my thighs on both legs and a compression pants.

At a certain moment I moved to another city for my study and found a new edema physical therapist there. At that time, she was in the board of NLNet, the Dutch patient organization for lymphedema and lipedema and they were making a book with patients in it (ImPRESSed by you). I was lucky to be one of the patients in it and it gave me nothing but positive reactions! One led to another and I became one of the new board members in NLNet, with a special focus on young patients. Now we have had two very successful weekends for the youth, where we try to give them knowledge, an active lifestyle, support and contact with peers who are going through the same. Besides that, I’m active for VASCERN, the European Reference Network for Multisystematic Vascular Diseases, and then in particular for pediatric and primary lymphedema. Care for patients with rare diseases should be improved cross borders in Europe, so the actual care and knowledge will be spread.

Also with lymphedema it is possible to push your physical boundaries! Last summer I walked the ‘Nijmeegse Vierdaagse’ – four days of walking, fourty kilometers each day, so that was 100 miles! It was though, but with a good and solid practice, it was doable! Movement works really well to keep your lymphedema under control. So please don’t think you are unable to perform some physical activities with lymphedema, the road to the results might take a bit longer, but with the right amount of determination, you’ll achieve more than you might think! 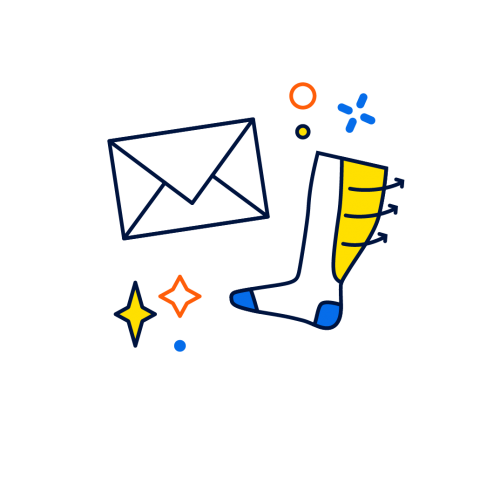